On Friday, May 15, 2020, Future released his latest album, High Off Life, which raised him high off the charts. According to Music Maven’s proprietary technology, which provides the most current and accurate data on the performance of all artists and songs in daily music charts, Future is now by far the Most Streamed Artist, with 19.6M streams.

Future is now arguably the most well-known and successful rapper from Atlanta, if not of the South as a whole, which has led hip-hop, rap, and music as such in innovation for some time now. A member of the Dungeon Family that brought Atlanta to sonic prominence with groups like OutKast, the rapper once known as “The Future” is now the most creative and productive practitioner of trap, a style pioneered by another Atlanta native, T.I.

As an index of Future’s sheer productivity, High Off Life is his eighth studio album and thirty-second project in under ten years. It follows his sixth number one record in less than four years, which has earned him comparison only to Elton John’s success of half a century ago. At a time when fifteen songs per album remains an industry standard, Future’s, including his most recent, are also much longer, over twenty songs. Future’s productive power and success on High Off Life has now won him Music Maven’s top ranking, The Most Influential Artist. This most proprietary metric is based on a combination of measures including social media presence, streaming charts, digital downloads, and other markers of success. Future is also now the Highest Earning Artist, at over $50K today.

Future’s success this weekend can be best explained through his past performance, star collaborations, and the unique quality of his current sound, best portrayed by hits like “Life Is Good,” featuring Drake. “Life Is Good,” now the third single on High Off Life, has racked up 362M streams on Spotify since its release in January. Now at number 10 on Music Maven’s Most Streamed Songs chart, it was in the top five for most of January and into February.

All of the artists on the “Life Is Good” Remix, featured as the twenty-first and last song on High Off Life — Future, Drake, DaBaby, and Lil Baby — are now in the top five of Music Maven’s Most Streamed Artist rank. At 19.6M streams, Future himself has more than double the streams of the number two competitor today, the Chicago rapper Polo G, who just released his album, THE GOAT, earning him 9.7M streams on day one.

The top song on High Off Life however is “Solitaires,” featuring the Houston rapper Travis Scott, which debuted at number five on Music Maven’s Most Streamed Songs chart, at 1.7M streams. “Solitaires” did not displace the number one song, “ROCKSTAR,” by DaBaby featuring Roddy Ricch, nor the number two, “THE SCOTTS,” by Travis Scott and Kid Cudi, but it has the potential to rise.

In addition to these quality song collaborations and associations with other artists at the top of all music charts, Future’s success with High Off Life builds on his powerful track record. While songs like “Low Life,” featuring the Weekend, with its 505M streams on Spotify since 2016, and “Mask Off,” with 880M streams since 2017, may speak to the current pandemic era or the future more than “Life Is Good,” their past success is what allows Future to be not only High Off Life, but also high off the charts. 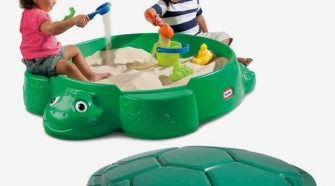