When it comes to Bollywood movies, the plot of the movie is important but so is the soundtrack. People often remember movies depending on how good the songs were. Bollywood is incomplete without its songs. And these days those soundtracks are incomplete without vocals by Arijit Singh. Arijit Singh started his Bollywood journey in the year 2011 with a song called ‘PhirMohabbat’ from the movie Murder 2. What a way to announce your arrival. The unique texture of his vocals is good enough to mesmerize someone. If you want to make a list of romantic songs to share a special moment with your loved one, most of them would be an Arijit Singh song. To listen to Arijit Singh songs, download them today. Here is the list of our favorite romantic Arijit Singh songs that you should download right now. Arijit Singh’s popularity is always on the rise and he is definitely here to stay. With his haunting vocals that stay with the listeners for a very long time, and is at times responsible for immortalizing some of the soundtracks in Bollywood these days. Let us know what do you think of our picks and give us your inputs as well. And to listen to the latest Arijit songs, download them today! 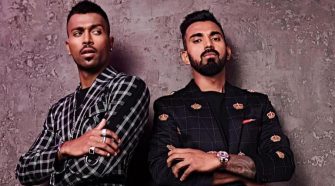