Good news for Telugu movie buffs. ViuIndia has introduced yet another original web series for Telugu audience, this time with light-hearted humor and the latest Tollywood reviews. And we are sure to be entertained to the core with the most anticipatedduo hosting the show.

After working on the most admired short film Viva, the pair ShanmukhShannuand HarshaChemmuduare back againfor the latest Telugu movie reviews show – Cinema Pichollu.The new episodes are aired on every Monday on Viu.So the Telugu audience already has their Monday office breaks set with breezy comedy!

Cinema Picholluis Viu’s original comedy web series hosted by Viva Harsha and ShanmukhJaswanth as Shannu and Bannu. The name suggests itself that the series brings everything related to movies, Tollywoodfilm reviews, and spoofs!It’s a complete entertainment and utter movie madness brought by crazy hosts Shannu and Bannu.

The series is directed byChidambar Reddyand co-produced by Viu and Whacked Out Media. During every episode, we see Shannu and Bannudepicting Telugu cinema and sharing their opinions and experiences. They don’t stop on the latest Telugu movies only, but the duo takesthe discussion to classic movies as well.It seems thatthese movie reviewers are not going to leave anything. From the dramatic entries to humor punchesand fights, Shannu and Bannuunveil every angle of the movie.The viewersstarted getting the taste of the series right from the first episode where the anchors discussed Jr. NTR‘s movie Brindavanam. So far movies such asOkkadu, Badri, MuthaMestri, Dubai Seenu, and the blockbuster Bahubali 2 have made their appearance on the show and there are many more to come. So, Telugu movie lovers who love to discuss and know about different types of Telugu movies, from classics to latest ruling films, have their platter full with different pieces of interesting information about movies. The show would definitely grab a place in your heart and your list of favorites, if you are among the crazy movie fans who like to explore different aspects of their loved films. 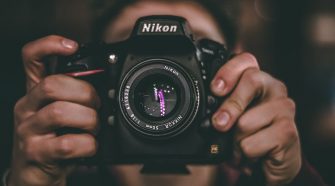