In the past few decades Tollywood industry has been taken up a rise. Tollywood Industry isn’t just loved because of its romantic films but also very well known for its jaw-dropping thriller movies. They have always put up their best to entertain the audience. Youngsters admire their superstars in the way they present themselves on the cameras. The storyline and the direction are so convincing and connecting that you feel that you are a part of such a big industry. It has been a curse to the film industry during this pandemic, but all thanks to some great minds who decided to entertain their audience by launching themselves on an OTT platform with Telugu Movies Online. The very recent launch of the aha has been a great success when the whole globe is shrouded in fear. It’s an app where you will get all the original Telugu content. The AHA has culminated in rich audio and video streaming throughout the world.

The love, response, affection for Telugu Movie Online has shot up the subscribers to 2 million and 20 million users. Aha app has been set as a benchmark for any other application. The app also has a variety of thriller movies, out of which is dirty hari.

Dirty Hari is an erotic Telugu movie released on 18th December 2020. It is directed by M.S. Raju and produced by Guduru Satish Babu under SPJ Creation and HYLIFE Entertainment. The story somewhat resembles a Hollywood film on the psychological thriller Match Point starring Scarlett Johansson. The star cast of Dirty Hari includes Shravan Reddy, Simrat Kaur, Ruhani Sharma. The movie is all about love and lust, where Hari (Shravan Reddy) lands in Hyderabad to be a big shot. During his time in Hyderabad, he met Vasudha (Ruhani Sharma), with whom he fells in love for her riches. After Dating each other for a couple of months, both decided to get married, but Hari is in some great dilemma where he also started loving Vasudha’s brother’s girlfriend Jasmine (Simrat Kaur). The affair between the two stars leads to many distortions in Hari’s marriage life. The greed of lust takes Hari to another level where he can’t keep himself aside from Jasmine and his wife, Vasudha. The story takes a turn where he finds himself in a very miserable condition where everything falls apart. So what actions does he bring to secure his marriage life? And how he gets up of all this mess?

At last to conclude

It must be duly noted that other things might wait during this pandemic, but your entertainment should go on. Dirtyhari movie online is all set to relax your mood and keep you obtained in this lockdown with its thriller and romantic plot, which clearly shows how the greed of lust can destroy something which you have created so far. For more, Telugu Industry is all ready to serve you their best. Watch these movies online and subscribe Aha app for more fun. 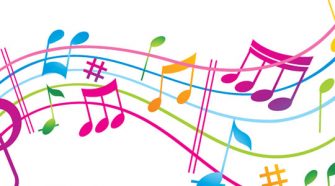